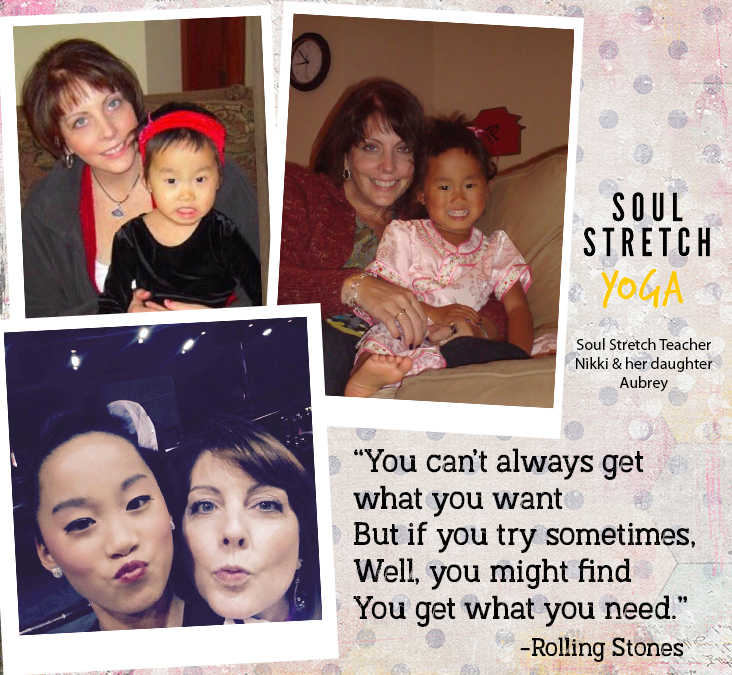 It's God's timing, not ours

In show business, as in life, timing is everything. The difference is, on the stage the actor has control of the timing, while in life, timing is pretty much out of our hands! We like to believe we can control time, the effects of time, the passing of time. Really? It’s an illusion, lovelies.

Our egos convince us that we can decide what we want and when we get what we want. We lay out a life-plan: married and a starter house by 25, babies and a bigger house by 35, a millionaire with a McMansion and a boat by 45. Or maybe we have a nip-and-tuck or a little filler, and let it fool us into feeling youthful (confession: I’ve given in to a few Botox injections myself, despite knowing it won’t change my longevity!) It makes us feel in control to have plans and goals and what we believe is the ability to make our dreams come true. We assure ourselves that we’ve got this!

Truth Bomb #3: Trusting in God, stoking our faith that what we need will be there when we need it and not necessarily when we want it, is hard shit.

We are so convinced that time is an important, expensive commodity that we don’t develop the skill of patient, faithful waiting. What we lose by believing we are masters of the clock is empowerment. “Now” is when we have to learn that we may not be ready for what we want. “Later,” when we have gained the wisdom to rest in the Divine, is when we may actually get what it is we want. In The Courage to Change, self-help guru, Dennis Wholey, wrote:  “If you can wait one or two or three years, you can sometimes achieve something that you could not achieve today, however hard you worked, however much money you threw up in the air, however many times you banged your head against the wall…”

Waiting well is not something that comes easy, and certainly not to a fast-paced yogi like me! I used to be the epitome of I-Want-What-I-Want-When-I-Want-It and heaven help anyone who got in my way. Delay and patience and perseverance were dirty words to this girl.

Years ago, after a couple of attempts with fertility doctors and drugs, I finally admitted to myself that there would be no baby for us, I raged against the Universe. What the hell was God thinking? What had I ever done to deserve this? And didn’t the Big Guy realize my clock was about ticked out? I hadn’t yet met yoga or the concept that surrender is power.

Maybe it’s not getting a promotion after you had slugged through 60+ hours a week trying to impress the boss that makes you frustrated and angry. Or having the bank turn you down for a loan on the house of your dreams, saying your credit was waaayyy overextended. Or getting a medical diagnosis that upends life as you know it. Lovelies, it’s God throwing down a “stop strip” in your path.

Yoga teaches us to detach from these worldly expectations, these commanding manipulations of time, and turn it all over to God. To surrender control. To stop driving the bus and move into the passenger seat. As my husband says, “You can make all the plans you want, but you can’t plan the outcome.” See Truth Bomb #2.

Still need convincing that waiting and surrender may lead you to a greater truth, a better outcome than you might have “right now?” Then let me tell you Soul Stretch instructor Nikki Haghiri’s story.

Nikki and her husband, Dave, have three sons, but wanted to adopt a fourth, a baby girl, from China. The adoption process, however, seemed endless. Paperwork and more paperwork. Money and more money. Delays and more delays. In 2008, it appeared as if finally … finally … three years of grinding, frustrating requirements were complete, and they started making travel arrangements to go pick up their already-much-loved daughter. And then God threw down a stop strip.

More papers were necessary. Another delay. Everything ground to a halt...again.

On her way to work that evening, Nikki, a respiratory therapist in a sleep lab in those days, pounded on the steering wheel and cursed fate up one side and down the other. Finally, emotionally spent, she offered up a prayer to Mary, who she knew understood the heartache of motherhood. She said, “Blessed Mary, you know this is a tangled mess that I can do nothing about. Please fix this for me. You know this child who has never been held by a mother needs a home. Amen.”

At that moment, she realized that the adoption wasn’t going to happen on her timetable. She surrendered, turned it over to the Divine, and headed in to work.

The opening ceremonies of the Beijing Summer Olympics were on television that night. Her patient, who had filled in after a last minute cancellation, balked at turning the television off so Nikki could prep for her sleep test. As Nikki coaxed her into a calmer, gentler place, the two chatted and the woman mentioned her two children were adopted. Nikki shared her family’s frustrating journey to adopt a little girl from a Chinese orphanage. The woman asked her what they planned to name her, and Nikki said, “Aubrey.” She explained that years ago she had loved a character in a Nora Roberts novel who was named Aubrey and had always said if she had a daughter, she was going to name her Aubrey.

The woman didn’t say anything for a moment. Then she flipped over the book on her nightstand and showed it to Nikki. It was the same title. The same book. The same Aubrey.

In that moment, Nikki knew it was a message from God. The unexpected cancellation, the coincidence of the book. She felt at peace, believing that she would be Aubrey’s mother … in good time. And she was right. The paperwork and delays ended, she and Dave finally made the trip to China to pick up their little girl. And Aubrey has been a blessing to them ever since.

I needed to hear that story when Nikki told it to me a few months ago. I was neck-deep in plans for the new Soul Stretch Spin Studio, but I needed studio space. I looked at one location, in front of a gas station, and even though it wasn’t what I envisioned, it was available. I dithered about taking it and wouldn’t you know, someone else rented it first. I forgot about Truth Bomb #1, and pissed and moaned about losing the space until Nikki told me about Aubrey. With that, I leaned on my yoga, surrendered to the Divine, and accepted that if the spin studio was what I needed to do, it would happen. God has a plan, I reminded myself.

And by golly, that’s exactly what happened. In mid-November, an amazing space became available, much better than the gas station location, and I signed the lease on January 1. Soul Stretch Spin Studio was a reality.

As The Rolling Stones so eloquently sing,… “you can’t always get what you want, but if you try sometimes, you find, you get what you need.”

Truth Bomb #4: Happiness isn’t the same as getting what you want. It’s not a measurable quantity or a tangible object. It’s not something that has a formula or recipe.

Happiness is a hidden blessing that we find when we practice and accept Truth Bombs 1, 2 and 3. It is an acceptance that our lives will veer off onto unpredictable, sometimes unwanted and painful, paths and that the Divine will have your back if you surrender your control and manipulation. The detours and delays and setbacks and heartache are the stepping stones God lays down leading to something greater and better. Learn the art of waiting well, lovelies.

If you are feeling powerless and worn down by waiting, then take the advice of my friend Kathleen’s mother: “Put your hat and pants on so you’re ready for whatever comes along.”

Namaste, Lovelies.  Be Still and Know That I Am.