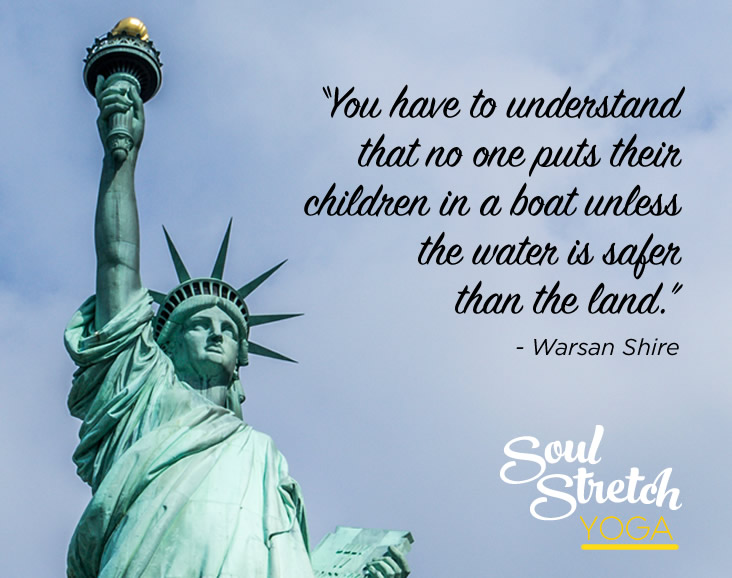 My parents immigrated to the United States several years after WWII.  They came from the Italian island of Sicily by boat.

By the late 1930s, Italy had fallen into widespread economic poverty and its people, having been dazzled by the political propaganda of “free shoes for every man, woman and child,” handed over control of the government to Benito Mussolini and his Fascist regime.  Mussolini was allies with Adolf Hitler. The Nazis primary interest in Italy, specifically Sicily, was its proximity to North Africa (less than 90 miles off the coast).

In 1943, the Nazis invaded Italy and toppled Mussolini from power.   Thousands of German soldiers took over Sicily and the island became a battleground for domination between the Nazis and the British and American Allied Forces. The army, commanded by General George Patton, successfully pushed Hitler’s troops out of the country, but not without wreaking destruction and devastation upon the majority of Sicily’s cities, towns and villages.

Sicily lay in shambles after the war, and in the aftermath of the massive bombings by the Americans and the British, the island was at an economic low. As late as 1954 (nine years after the war) there was still no running water on the island. In Palermo, tens of thousands lived in hammered-together shacks. Jobs were hard, if not impossible, to come by. Crime, oppression, and exploitation were on the rise.

From 1948-1958, thousands of Sicilians emigrated to the United States, fleeing hardship and grinding poverty in search of better lives aboard. They were the “wretched refuse” of that decade. Most Sicilians were sponsored into the country by close relatives, who offered a room and help finding a job.

In 1958 my mother boarded a boat, by herself and with all her possessions in one suitcase, and set sail for New York Harbor. Seven days later, she emerged from the bowels of the ship and was greeted by the sight of a mighty woman with a torch, whose name is Mother of Exiles (a.k.a., The Statue of Liberty).  From there my mom went to Cleveland, where she lived with her brother and went to work at Malley’s Chocolates at their original headquarters on Madison Avenue in Lakewood. For 20 cents an hour, Mom worked the conveyor belt in the candy dipping department, much like Lucy and Ethel in that iconic I Love Lucy chocolate scene. Mr. Malley adored my mom because she was a hard worker: she showed up a half hour before her shift began, was very efficient on the production line, and kept her work space meticulously clean.  In less than a year, my mom’s hard work ethic was rewarded with a hefty raise as well as armloads of chocolates to take home each night.

When Mom gave her two week notice because she was getting married, Mr. Malley offered to double, then triple, her weekly salary!  He didn’t want to lose her because she was a highly productive employee, in spite of that fact that she could barely string together five words of English.

The late, great chef, TV personality and best-selling author, Anthony Bourdain, wrote about his experiences with immigrant cooks in his irreverent 2001 memoir, Kitchen Confidential: “...No one understands and appreciates the American Dream of hard work leading to material rewards better than a non-American. The Ecuadorian, Mexican, Dominican and Salvadorian cooks I’ve worked with over the years make most CIA-educated white boys look like clumsy, sniveling little punks. In NYC, the days of the downtrodden, underpaid illegal immigrant cook have largely passed.  Today’s cooks are well-paid professionals who’ve worked their way up from the bottom rung; they remember well what it was like to empty out grease traps, scrape plates and haul leaky garbage out to the curb at 4am.  A guy who’s come up through the ranks is likely to be more valuable and long term dependable than some bed-wetting white boy whose mom brought him up thinking the world owed him a living.”

Today, immigration is more complicated than ever. Regardless of how the media or the politicians want us to feel, I believe we all, deep down, want the same thing: the chance to make a free, safe life for our families. We are all partners on the path to freedom. Yoga reminds us that we are many races and many religions, all reflecting Divine Light. Yoga confirms that abundant gifts, graces and opportunities are available to all of us. We live in the land of plenty; there is no need to hoard.

May we always lift a lamp beside our doors, shining light onto the huddled masses yearning to breathe free, and bringing hope to the tired and poor seeking a better way of life. As we all are.