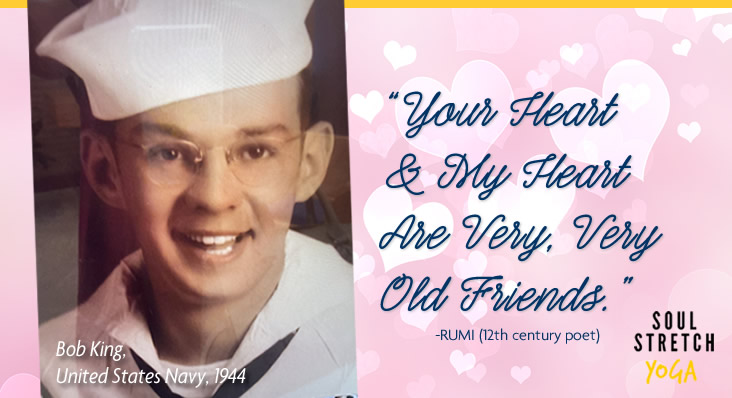 There is no single template for friendship

Let’s face it, I’m not what you would call a “social influencer.” My taste runs more to PBS and jigsaw puzzles than to Tik Tok and chasing Pokemon. Popular culture to me ended with the Big Band era and I Love Lucy. Reality shows and social media aren’t on my radar. Give me a book on ancient civilization or better yet, a cookbook, over “original” television any day of the week. I’m an “old soul,” lovelies,and I relish the simplicity of cooking savory gnocchi in sage brown butter or walking my dogs in the woods to watching Schitt’s Creek or “liking” a multitude of FB posts.

It’s not something new for me. Even in college I preferred nostalgia to trendy, and it’s where I first was called an “old soul.” I partied, but I didn’t live to party. I liked courses that took me back to another era, to a simpler lifestyle where families were generational and pulled together. I needed “alone time,” yet meeting people of all ages and hearing their stories intrigued me. More than once I met people who were eerily familiar, who I felt drawn to and connected with. I often felt like an outsider looking in. Yoga only enhanced my feeling that I should have lived a century or two ago...or maybe I had lived a century or two ago!

After decades of hearing, “Rose, you are an old soul,” I finally (not all that long ago) checked out what exactly that meant. It wasn’t, as I half-suspected, a type of reincarnation, or time travel, or embedded memory, where I was experiencing places or people or auras I’d known in other times. Being an old soul is having an understanding, an appreciation, an appetite, for things and people outside the current mainstream. I like a real, crinkly newspaper instead of an online news blog. I love the smoky comfort of a wood-burning fireplace, rather than a sleek wall-mounted electric flicker. I’d rather chat with Kathleen’s 95-year-old parents than most people my age.

Not only do I enjoy the pop culture of the early 20th century, I also enjoy the people who lived it. The Greatest Generation, those born from 1900-1929, fascinate me. Kathleen’s grandfather lost his newly-financed Chevy dealership and all his money in the depression, and her mother’s formative years were shaped by breadlines and precious dollar bills lined up under the bedroom carpet for safe-keeping. But her mom also remembers the neighborhood potlucks, where everyone brought what food they had to share to her house, and her mother played the piano while adults and kids alike danced and sang. That is the kind of era that speaks to my old soul.

One of the dearest friends of my life was a WWII veteran named Bob King. I met him when he was 79 and I was 32, in October 2000. Doug and I had just bought a summer cottage in Marblehead, and me being me, I traipsed around introducing myself to our new neighbors, most of whom were at least two decades older than the “Sabin kids.”

Bob’s house was directly across from ours, and as soon as he opened the door, the familiar feeling of having known him somewhere, sometime washed over me. Bob brewed some coffee and filled me in on our harborside community, where he had lived since 1955. He felt like a long-lost friend, old-shoe and comfortable. We talked for two hours that day and from then on, for the next 18 years, we picked up the conversation every spring where we left off the previous autumn when Doug and I closed up the cottage. To paraphrase the poet Rumi, his heart and my heart were very old friends.

Our summers at Marblehead were always a mix of oldsters and youngsters. Our 30/40-something friends and our mostly 60+ Harborside neighbors made for a lot of fun dinners and boating adventures. Nearby Lakeside’s Hoover Auditorium sponsored Swing and Big Band tribute bands during the summer, and Bob (who played sax and clarinet with the Melodiers in his youth) and I and a handful of neighbors, didn’t miss very many of them!  Blue Skies and At the Woodchoppers Ball aren’t Doug’s preferred listening, so he most often stayed home. Boy, what he missed.

The best part of the concerts were the post-performance ice cream sodas and conversation, balm to  my old soul’s soul. Bob saw the real-life-in-person Frank Sinatra in concert at Cedar Point Dance Hall in 1939. I mean, how can anyone even compare seeing Ol’ Blue Eyes in person to seeing the Fab Four on Ed Sullivan?

I really think Bob was a Yogi at heart. He grew up in Tiffin, graduated high school, and like many of the Greatest Generation, signed up to serve his country in 1944. He was stationed aboard the Navy’s  USS Bunker Hill in the Pacific theater with duties as an aircraft machinist’s mate. On May 11, 1945, he was in the dentist’s chair aboard ship in the early morning hours, having a wisdom tooth pulled. Before the novocaine could kick in, the ship was hit by Imperial Japanese kamikazes and 393 of his fellow sailors, still sleeping in their bunks, were killed. On almost any other morning, Bob would have been sleeping, too.

The life-saving coincidence wasn’t lost on Bob. He recognized that tomorrow isn’t promised to any of us, and that in being spared, he was handed an obligation to use his days purposefully. Very yogic.

After WWII, he went to Purdue University, got a degree in mechanical engineering and married fellow student, Marilyn. They set up housekeeping in Lakewood and Bob started Robert R. King Company and PACCO (Power and Control Components Company), which designed marine propulsion controls. If you’ve ever been on a tugboat in the Great Lakes area, it likely is fitted with Bob’s gear and throttle systems.

Bob died in 2018. The house he built in Harborside is gone now, torn down to make way for a bigger, trendier house, but when the pups and I walk past his lot, his soul and spirit speak to me, the old soul who loved him and learned so much from him about gratitude, friendship, God, giving back, and helping out. Sometimes I hear Frank Sinatra singing: I’ll be seeing you in all the old, familiar places...I’ll find you in the morning sun, and when the night is new, I’ll be looking at the moon, but I’ll be seeing you.

There is no single template for friendship. Age doesn’t matter. Status doesn’t matter. Color doesn’t matter. Some people are in our lives because they carry a precious shard of our history, others reflect our current passions and priorities. Still others have been there through thick and thin. Yogis believe people come into one’s life for a reason, a season, or a lifetime. And sometimes, if we’re lucky, people will come into our lives more than once….after all, where does all that energy go?

Anthony Doerr concludes his book All the Light We Cannot See with a blind Frenchwoman who survived WWII musing about the energy paths of communication and the souls of those she loved and lost:

“She imagines the electromagnetic waves traveling into and out of machines, bending around them...Torrents of text conversations, cell conversations, TV programs, emails, vast networks of fiber and wire interlaced above and beneath the city. …Ten thousand “I miss yous”, hate mail and appointment reminders and market updates, jewelry ads, coffee ads, furniture ads, flying invisibly over the warrens of Paris, over the battlefields and tombs, over the Ardennes, over the Rhine, over Belgium and Denmark...Is it so hard to believe that Souls might also travel those paths? That her father and uncle and childhood friend who all perished in the War might harry the sky in flocks, like egrets, like terns, like starlings? That great shuttles of Souls might fly about, faded but audible if you listen closely enough?  They flow above chimneys, ride the sidewalks, slip through your jacket and shirt and breastbone and lungs, and pass out through the other side, the air a library and the record of every life lived, every sentence spoken, every word transmitted still reverberating within it.  Every hour, she thinks, someone for whom the war was memory falls out of the world. We rise again in the grass. In the flowers. In songs.”

And Happy Hearts to you, too, Lovelies
- Old Soul Rose